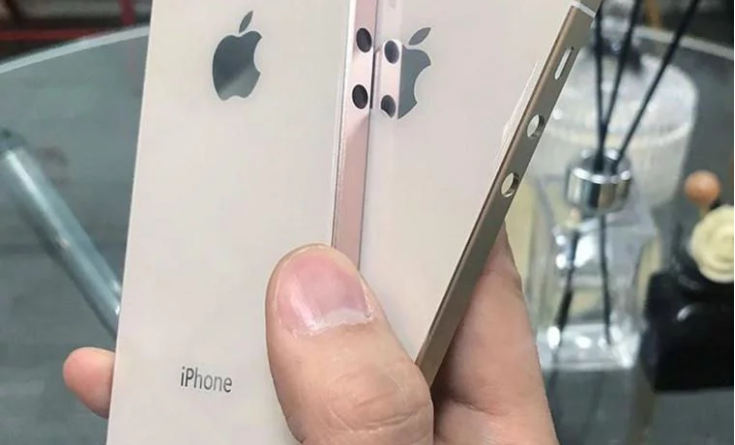 Recent leaks showing that the rumored new Next Gen iPhone SE – some called it iPhone X SE, while some called it iPhone SE 2 or iPhone SE 2018 – that’s going to be introduced in a not so distant future – likely during Apple education event that’s going to happen soon on 27th March 2018 – following iPhone X design with the notch to house the front camera and sensors for Face ID, with no home button and no headphone jack.

Video by Mac Otakara
Main Selling Points
– Price – I guess, it should be even cheaper than the lowest configuration of the smaller iPhone 8.
– Smaller screen size – for those who doesn’t like to carry big iPhone.

Overall Design
Following similar model like the past iPhone SE: squarish form factor.
Screen and 3D Touch
As you guys can see from both the leaked images and videos, if the rumors are true, Apple likely will bump the next gen iPhone SE to be bigger than the current 4 inch screen – likely 4.2 inch – since previous iPhone SE can only have total 6 rows of icon (include the bottom bar) but now from the video, it has in total 7 rows of icon.
Also it may not come with 3D Touch.
Processor and RAM Size
Though some rumors said that it will come with the old A10 fusion, but I do believe it will come with A11 Bionic. The old iPhone SE, when it was introduced, it was using Apple latest processor – the A9. So this time as one of the selling point for next gen iPhone SE, Apple will sell it with the new A11 Bionic chipset.
It comes with 2GB of RAM.
Camera
Pixel-wise it could have either similar to the smaller version of iPhone 8 or even lesser than that. It won’t have the vertical dual camera like what found on iPhone X.
Color
Next Gen iPhone SE may comes on black and white, plus a good time to introduce the rumored new gold color.
Fast Charging and Wireless Charging
Likely the Next Gen iPhone SE will come with both fast charging technology and compatible with wireless charging since Apple need more and more people to buy its upcoming Apple AirPower Wireless Charging Pad.

What do you think about the Next Gen iPhone SE?

Does all the leaks look convincing to you? Are you going to buy it to replace your current phone?
Do give comments on your comment section below on your thoughts about the upcoming Next Gen iPhone SE.
For me, while from all the leaked images and videos, the next gen iPhone Se looks pretty much sexy and tempting but I don’t think I’ll get one. Don’t get me wrong, it’s not due to its subpar or not good enough, but because I do have and use iPhone 7 Plus currently and I think my iPhone 7 Plus is still more than enough to serve all my needs from an iPhone.

This 5G killer feature will be amazing!